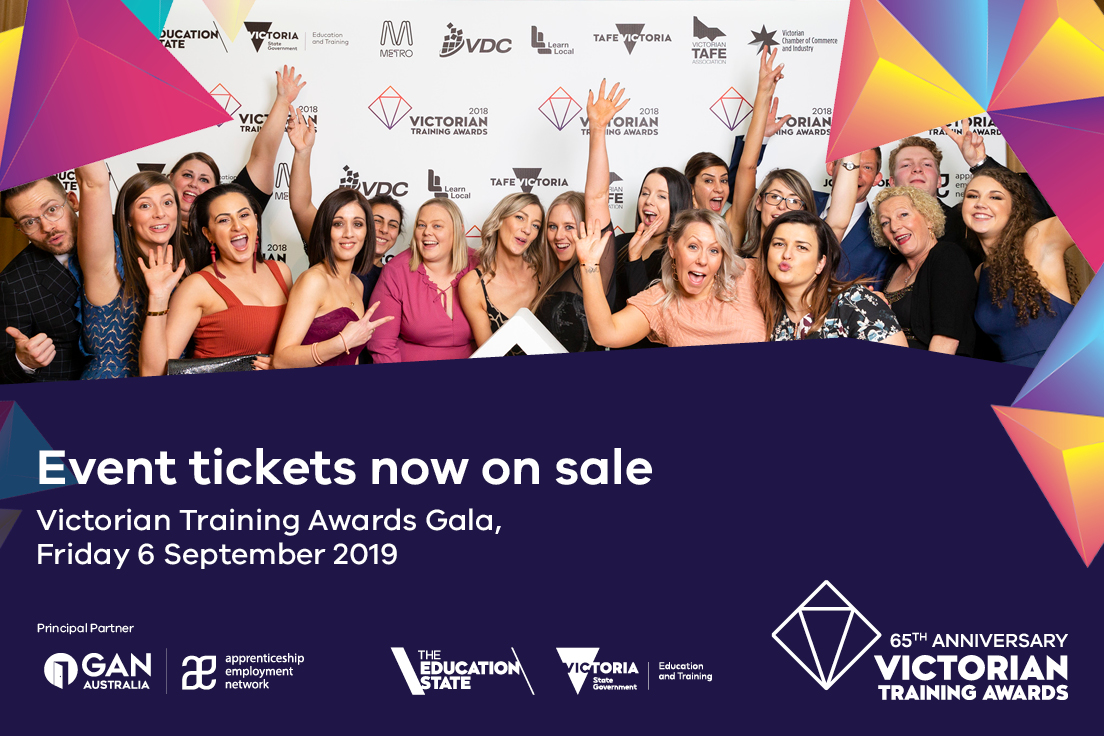 Where will you be on Friday 6 September? Why not join AEN and GAN Australia at an historic event, the 65th Anniversary gala dinner of the Victorian Training Awards (VTA).

The AEN and GAN Australia are delighted to support the Victorian Training Awards in their first year as Principal Partner for the Awards’ milestone 65thAnniversary year.

The VTAs have a long and proud tradition of promoting excellence across Victoria’s TAFE and Training sector. Growing from Apprenticeship Week in the 1950s which presented Awards for Craftsmanship, the VTAs are today recognised as the premier event on the state’s training calendar, showcasing our leading employers, apprentices and trainees, students and training organisations.

This year’s awards promise to be bigger and better than ever – already, a record number of nominations have been received and the stories that will be told at the awards ceremony ensure a night to remember.

In March 2019, The Apprenticeship Employment Network (AEN) and Global Apprenticeship Network (GAN) joined forces in a move that will support Australian companies in offering apprenticeship and traineeship opportunities as Australia’s need for targeted, skilled workers continues to grow.

The 2019 Victorian Training Award winners will be announced at a gala ceremony at Crown Palladium on Friday 6 September.

If you’d like to be part of this special event, early bird tickets are now available at a discounted price of $160pp until Friday 10 August. From 11 August, the price will be $180pp. Table tickets (minimum 10 to a maximum of 12) are also available from $1600-$1920. Tickets may be purchased here.