The Australian Technical Officers Association has bestowed AEN with funding to continue an award to recognise the Best Victorian GTO Apprentice. AEN members are encouraged to complete the below nomination form that will be judged by the AEN nominations committee (and guest judges at the discretion of AEN). 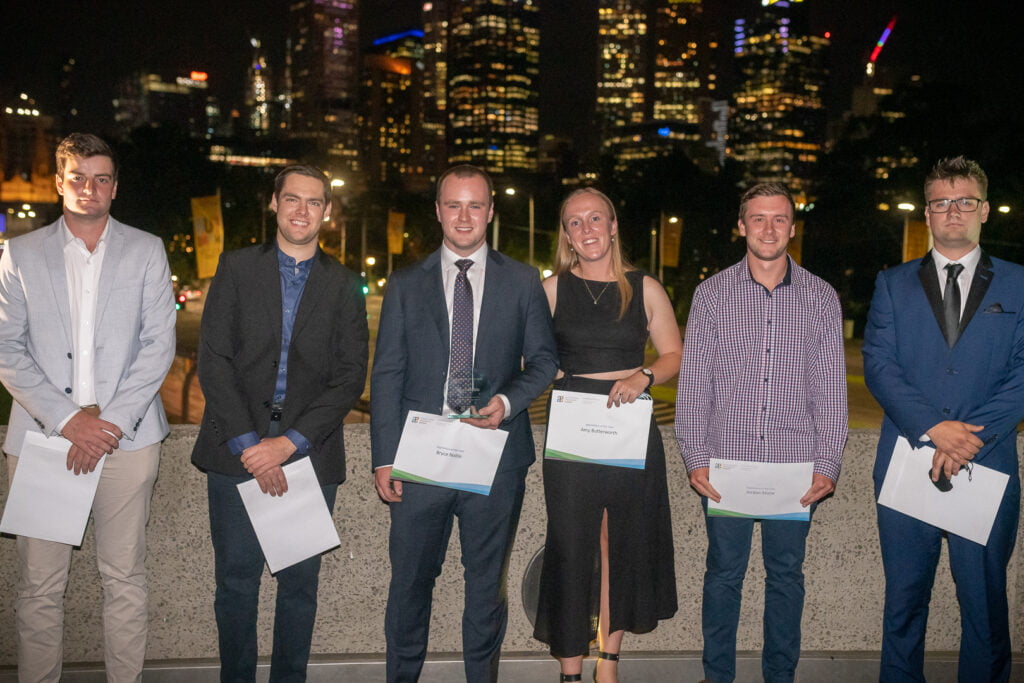 Lachlan knew from early on he did not want to settle down in an office job. After completing a Bachelor of Construction Management and working as a Quantity Surveyor, he knew these jobs weren’t giving him the satisfaction he’d hoped from a full time job. Read more.

Bryce recently graduated as an Apprentice Fitter & Turner with his stream focusing on Fitting Machining. He chose an apprenticeship in engineering after realising in high school that general study was not the right fit for him. His apprenticeship has taught him to be proactive and his self-confidence has grown over time.  Read more.

John decided to follow his passion for working outdoors, after a long career in retail. He wanted to achieve a higher level of education, as well as being able to study and work simultaneously.

As a mature-age apprentice with previous workplace and customer service experience, John brought leadership and conflict resolution skills to his apprenticeship. Aside from the hassle of remote learning due to COVID-19, John faced an array of challenges throughout the course of his apprenticeship, including financial instability due to being paid an apprentice wage and a heart health issue which required an operation to resolve. Nonetheless, he saw his apprenticeship through with courage and resilience. Read more.

Having volunteered with Parks Victoria and completing The Green Army project in 2016, Jessica found she had a passion for Horticulture. From then on, Jessica was determined to undertake further learning and training within this field. Upon completion of her first year at TAFE, Jessica was nominated by her teacher for Swinburne’s Pathways and Vocational Education (PAVE) where she received an award for “Overall Best 1st Year Apprentice in Parks and Garden.” Read more.


Since commencing her apprenticeship in 2014, Katrina has been engaging with the community to promote women in trades. Her involvement with Geelong Women in Trades saw her assisting with planning a Cambodia trip to help Volunteer Building Cambodia to build a house for a poor rural family. Her recognitions include RMIT Best 1st Year Apprentice, RMIT Best 2nd Year Apprentice and the WorldSkills National and Regional level competitor for Electrical installation. Katrina believes being part of Geelong Women is Trades is helping her lead the way for more young women to begin a trade. Read more.

In 2014 Matt commenced his apprenticeship with Ai Group as a Maintenance Fitter securing a position with Nestle Uncle Toby’s in Wagaunah. He is now in the process of completing his second qualification in Engineering Fabrication. Matt has developed excellent leadership skills and is a mentor to new apprentices, he is highly regarded, and displays excellent work ethics, which makes him an outstanding member of his team. Read more.

Originally from Maryborough Victoria, Greg moved to Geelong in 2013 looking for work in the furniture industry.  Having previously taken design and technology classes, and starting a furniture design course at university he realised he had a passion for fine timber work and hand crafted upholstery. Read more.

Mitchell is currently employed by Link Employment and Training as an apprentice and is hosted with Laser 3D in Dandenong. Mitch made the decision to leave his well paying job as a manager at Coles to pursue an apprenticeship. Read more.