This award acknowledges the contribution Victorian women make in the trades and recognises their achievements in overcoming the stigma faced in a traditionally male-dominated sector. 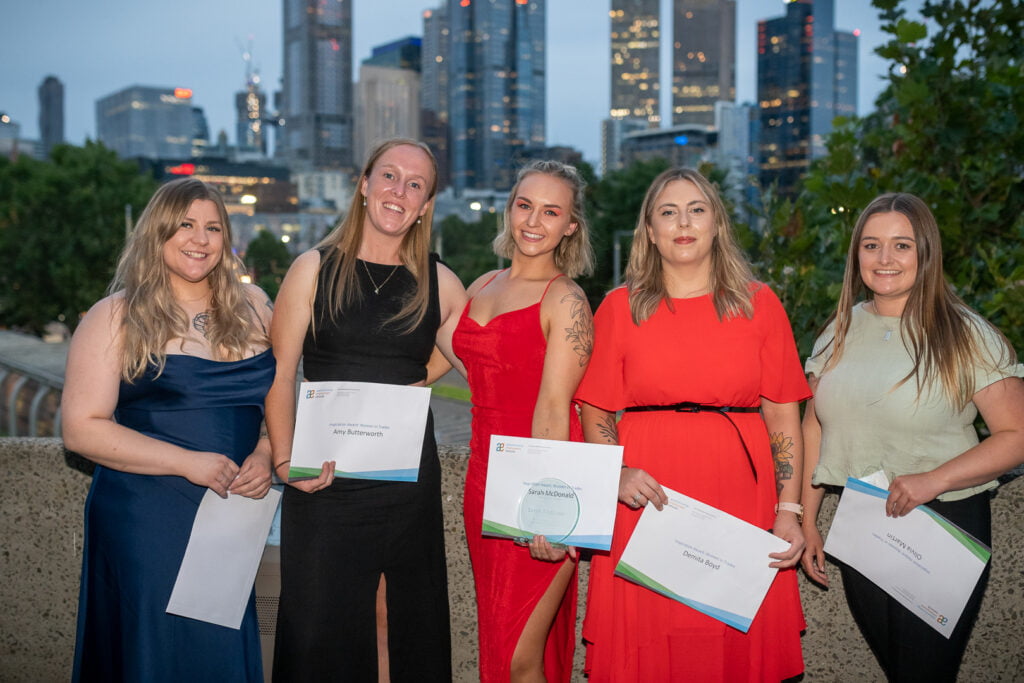 Abbey’s passion for machine work began in school which led her to beginning an Engineering (Mechanical) apprenticeship. Having been exposed to the trade from an early age, Abbey has invested time into becoming more independent and confidence within her field. Abbey believes she had now reached a level where she is fully competent to work on her own without guidance and even leads times. Read more.

When Sarah graduated from school, she was convinced that one day she would work as a physiotherapist, but soon came to realise that she wasn’t enjoying it as much as she originally thought. So, Sarah decided to try a trade, and within 2 days of completing work experience, she was enrolled in a course on electrotechnology. Read more.

Katharine loves the environment and working outdoors, so she decided on a traineeship in arboriculture. She was the first female trainee hired in her place of work, Maroondah City Council.

Katharine has been able to overcome experiences with members of the public, who, at times, view her as being incompetent because she is a woman. She has engaged in learning on weekends with external arborists – she feels this will assist her with her future studies. Read more.