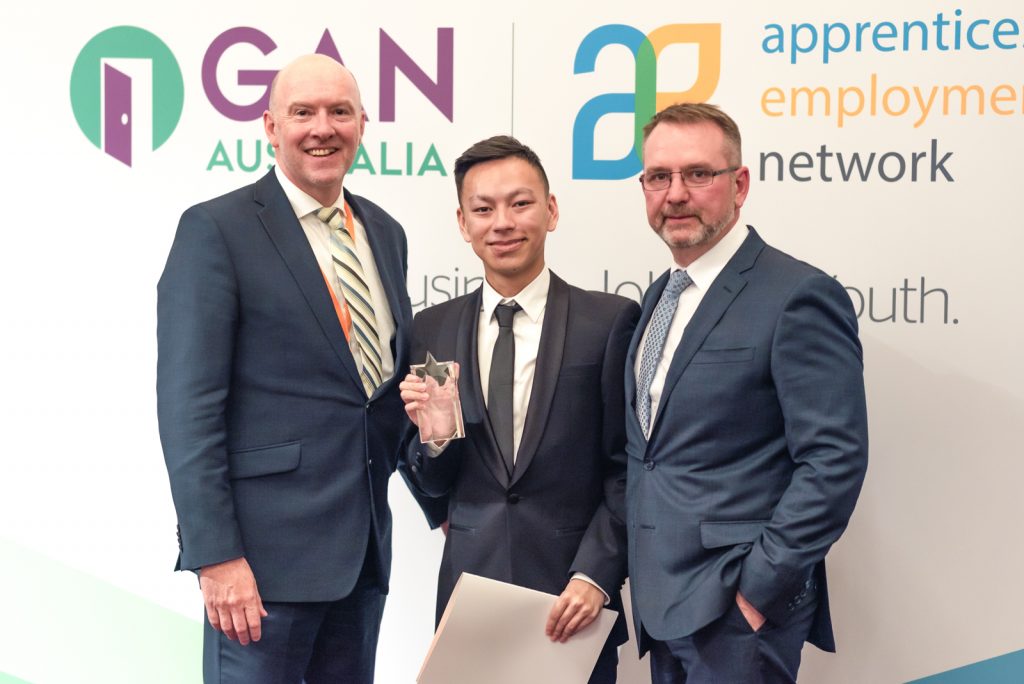 From AGA Apprenticeships Plus, Nicholas Wu is working on the Metro Tunnel project in conjunction with CYP. To say Nicholas has had the perfect life is furthest from the truth, Nicholas has overcome many barriers to be in the current position. Just to name a few, Nicholas suffers from Mental Health, Autism and has only completed Grade 5 in Primary School.

Since commencing his traineeship, Nicholas has been an asset to the team. One outstanding quality that has been noticed from Nicholas is his initiative. Nicholas approached his supervisor with an idea he wanted to run called “Why Safety Matters”. He wanted to create a wall where all workers could bring photos in on “Why Safety Matters” and why they go home everyday.

Nicholas planned this out from start to finish. He initiated the graphics team who developed the headings and the cartoons. He raised it at team meetings and ensured the team was on board, he procured the notice boards and other bits required and he selected a few key people on site to be the first to place a photo on the board.

Nicholas did all this with the full support of his mentor and manager. Other sites on the project were so amazed by the idea that they have asked Nicholas to do a similar safety campaign on their site.

In addition, Nicholas is very engaged in all matters relating to Safety, he will send out OHS updates, supply workers with PPE and take individuals/groups on site tours.