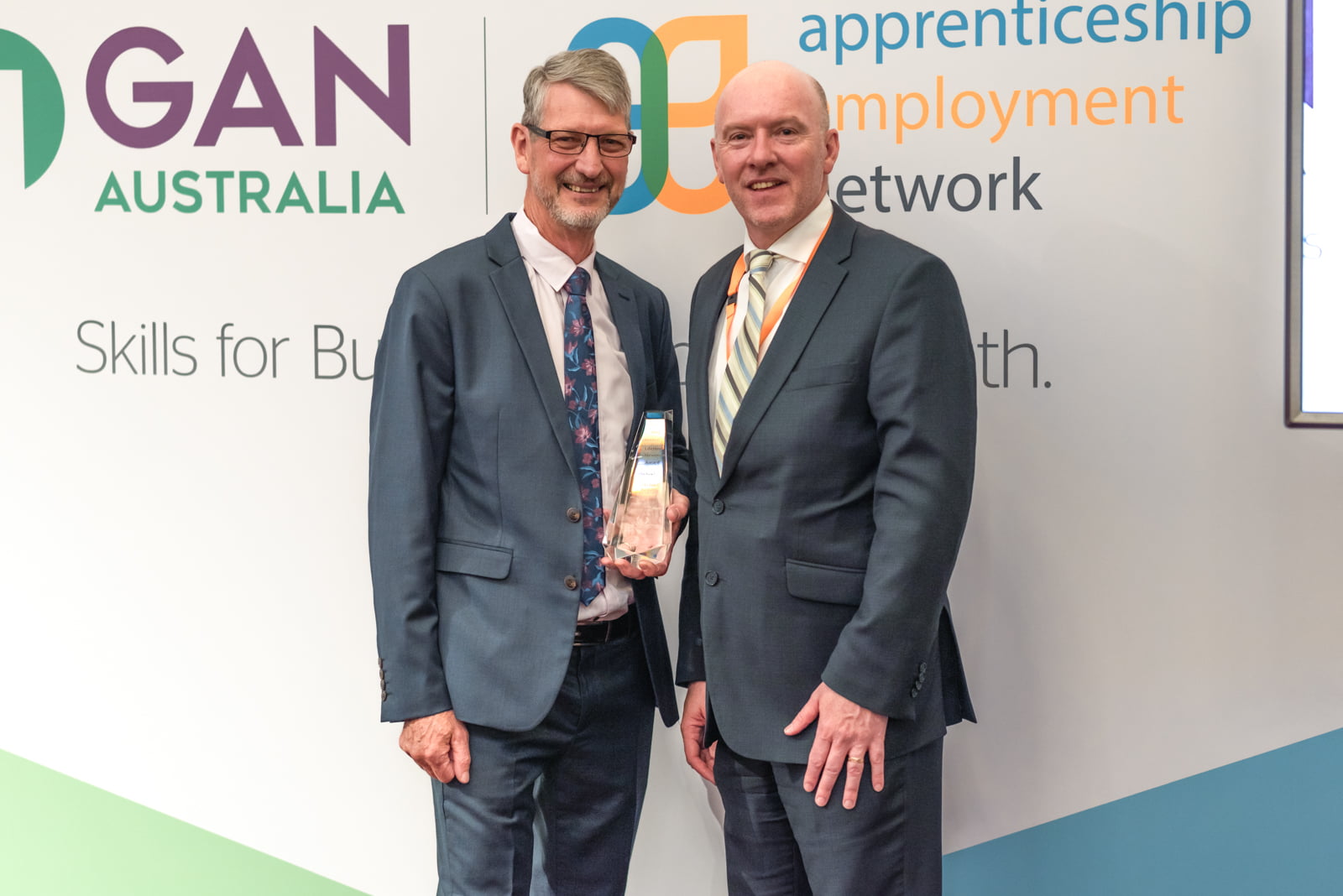 Michael Bellamy commenced his journey in the group training sector in July 1988, when he joined the then emerging Wimmera and Grampians Group Training Company (which later became WorkCo and is now known as Skillinvest). Being only the 3rd member of the team, Mike quickly established himself as a networker, sharing his passion for the industry within the communities of the Wimmera region, and across the group training sector at a time where management systems and a uniform approach to service was scarce.

Promoted to the role of Group Training Operations Manager, Mike pioneered the belief that information and knowledge should be shared, continually improved, and documented to ensure the organisation, and the wider group training sector, was strong, effective and viable.

Through Mike’s research, and his exposure to the National Benchmarking Group, the first quality and safety management system was developed and implemented, paving the way for a uniform level of operations and a greater commitment to safety for all employees.

Mike’s involvement in, and influence on, the group training sector now spans over 30 years, having spent the past 16 years with Westvic Staffing Solutions as the Human Resources and Occupational Health and Safety Manager. His passion for the industry, and in particular the quality and safety of the industry, has provided an unparalleled collaboration of resources and shared intelligence which will be Mike’s legacy to the sector into the future. Without doubt, the industry is safer in 2019 than it was 30 years ago due to the tireless efforts of Mike Bellamy.