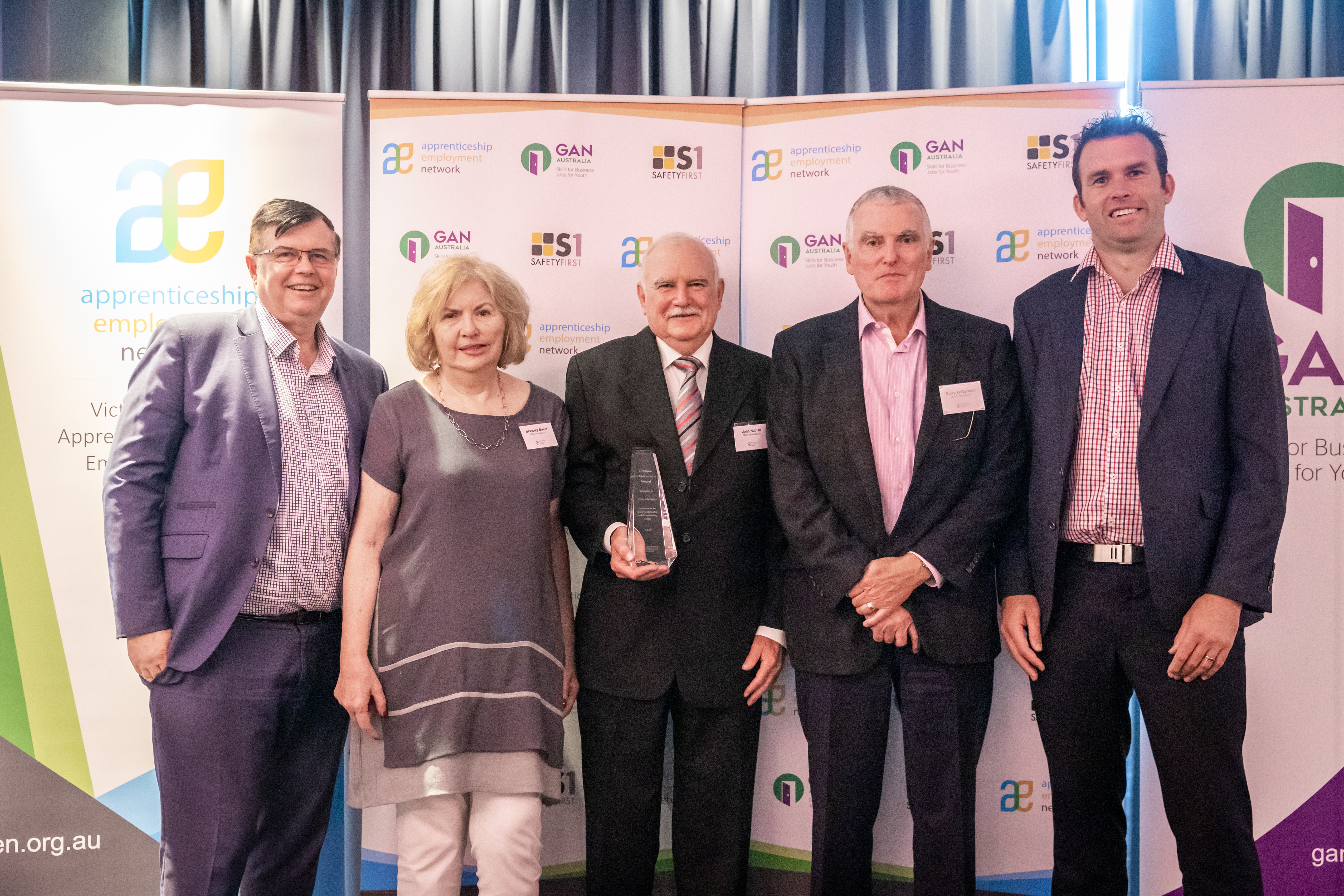 During the 1980’s John Nathan was employed in the Victorian Public Service in the Department of Labour and Industry (DLI). He was part of the team responsible for planning, devising and implementation of Group Apprenticeships in Victoria. In the early stages, GTOs were viewed as a job creation and a response to the rapidly changing structure of industry. In the initial stages of regional GTO development, the role of local government was critical to the take up of what was a proposal.

DLI was supported in the initial stages by the Australian Council of Trade Unions (ACTU) Lend Lease Foundation, who offered support in terms that made the financial challenges of the start-up stage less challenging. It was the combination and partnership of local government, DLI and the ACTU foundation that triggered many of the current GTOs. John played a pivotal role the development of both regional and industry-based GTOs. John worked on the policy framework underpinning the relationships between regional GTOs and industry based GTOs.

John was President of the Industrial Training Commission Victoria (ITCV) in 1985-87. During this period the ITCV endorsed a GTO programme including equity targets and stand down provisions.

As the GTO network matured, John was part of the team that worked to break down the artificial barriers between GTOs including regional and industry-based GTOs.

John has been a member of the MEGT Board since 1997. It is considered that John is unique in Group Training in that he has had extensive experience in policy development, programme implementation and as an owner.

John enjoyed a substantial international career; his skills and knowledge gained during his time in policy and programme development providing a basis for his work in Indonesia in 1994-95, Philippines 2000-01, and importantly in South Africa 2002-05.

John was a member of the TAFE board in the period leading to the establishment of the State Training Board and following held senior positions involved in the administration of regulated apprenticeships and traineeships including the GTO programme.